In news that will shock precisely zero people, the couple who said that they were so unbelievably distressed by the prospect of same-sex marriage that they would instantly divorce if it passes... are not doing that.

Aussie couple Nick and Sarah Jensen made headlines in 2015 after promising to divorce as an act of protest.

"We've made the decision".

"My previous public comments regarding civil divorce never envisaged me separating from my wife, but rather our marriage from the state", he said. Nick maintained that the point they were emphasising is "the fact that a redefinition of marriage changes the agreement under which we were originally married".

Michael Tiyce, a Sydney family law attorney, told News.com.au he wants to help the couple keep their promise to Australia, "because, quite simply, they are going to need it".

At the time, they said they would divorce, but remain together, and continue to have children.


'The legislation now makes it untenable for us to do this under the law.

"My wife and I, as a matter of conscience, refuse to recognise the government's regulation of marriage if its definition includes the solemnisation of same-sex couples". They will continue to refer to one another as husband and wife.

There were loud cheers, hugs and sustained clapping in the 150-seat lower House of Representatives when all but four MPs voted in support of marriage equality, after the upper house Senate passed the bill 43-12 last week.

"When we signed that official-looking marriage certificate 10 years ago at Tuggeranong Baptist Church, we understood that the state was endorsing marriage, as now defined, as the fundamental social institution - with all that this implied", he continued.

"Marriage is the union of a man and a woman before a community in the sight of God".

The letter received global attention then, and wasn't forgotten when the Australian Parliament passed a bill on Thursday to legalize same-sex marriage. 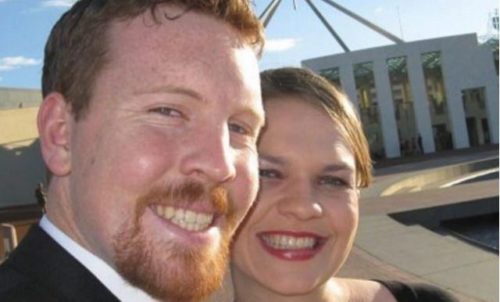 Rana Sanaullah can be cast as villain in Punjabi movies: Imran Khan

'My turn to ratify my own relationship': Ambassador celebrates marriage equality