Pakistan Administered Kashmir President Sardar Masood Khan on Monday said that Kashmir and Pakistan are inseparable and that Pakistan is incomplete without Kashmir.

India's growing influence and economic power have enabled it impose a "gag order" on Kashmir with western countries being unwilling to raise the issue at the global level, including in the United Nations, "president" of the Pakistan-occupied Kashmir has claimed.

The AJK President stated this while addressing a gathering of Pakistani American community at the Pakistan Embassy in Washington D.C here the other day.

Masood Khan urged the global community to call upon Indian occupation forces to cease violence and bloodshed in the occupied Kashmir.

A statement by the foreign office spokesman here said this resolution is adopted every year for the past four decades and hence signifies, yet again, that despite India's abominable record of heinous human rights atrocities against the innocent people of Jammu and Kashmir and its desperate attempts to obfuscate facts by trying to pass off its own crimes against humanity as counter-terrorism efforts, India's effort at convincing the global community of its version of events has spectacularly failed. He said the world must strongly condemn the brutalities perpetrated by the Indian security forces in the troubled valley.

In their latest act of state terrorism, Indian security forces martyred three Kashmir youth in Kulgam district of Indian-occupied Kashmir (IoK), said Radio Pakistan. Both countries claim the valley and have fought two of their three wars over the Himalayan region, which they have disputed since partition and independence from British colonial rule in 1947. 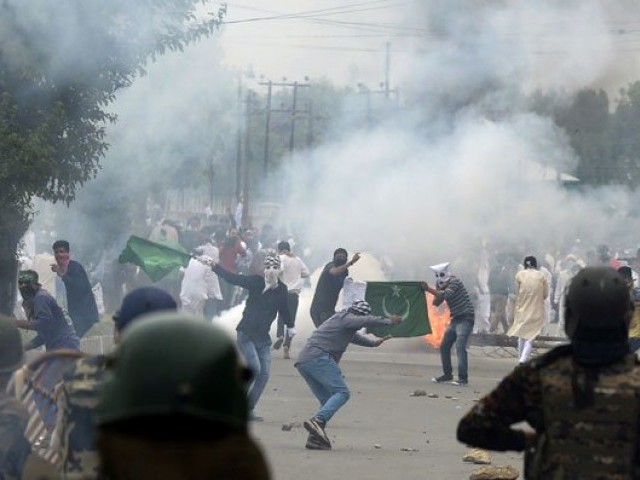 Nintendo Games Coming To The Nvidia Shield (In China)