Palestinian prime minister Rami Hamdallah has visited Gaza for the first time in two years, in a potential first step to ending a decade-long conflict between the two major Palestinian factions.

Hamdallah met with the leaders of rival political movement Hamas, 10 years after they violently forced his allies out of Gaza in a near civil war.

Later he met with Hamas' overall leader Ismail Haniyeh and its Gaza chief Yahya Sinwar, and is expected to chair a Cabinet meeting.

A Hamas police honor guard and hundreds of Palestinians, many of them waving Palestinian flags, waited for Hamdallah outside the Hamas-controlled checkpoint, down the road from Israel's Erez border crossing through which the prime minister and his motorcade passed.

Hamas, a fundamentalist governing body, took over the Gaza Strip in 2007, but last month dissolved and invited the PA to take control.

Analysts said narrowing internal divisions could help western-backed Abbas counter Israel's argument that it has no negotiating partner for peace with the Palestinians.

"I call on everyone without exception to embrace the leadership, reconciliation and national unity, and to put our national interest above all narrow party considerations and interests", Hamdallah said Monday after passing through the Erez Crossing to enter Gaza.

An Egyptian delegation, and the UN's Special Co-ordinator for the Middle East Peace Process, Nickolay Mladenov, have also gone to Gaza to oversee the transition.

The group was squeezed by Abbas, who stopped paying Israel for electricity it supplies to Gaza, resulting in devastating power cuts.

"We are confidence that the atmosphere of understandings and positivity are dominating and we are looking for more serious work with all powers and factions and institutions to rescue our beloved people in Gaza", he said.

For Gaza's two million residents, the hope is to see an improvement in their miserable living conditions in the overcrowded territory.

But scepticism remains rife, with many observers suspecting Hamas of a tactical manoeuvre to improve its position.

It is unclear to what extent Hamas will allow the PA's forces to take over security roles, and what will happen to thousands of Hamas civil servants who have not been on the PA's payroll for the past decade.

Secretary of Fatah's revolutionary council, Fayez Abu Aita told Breitbart Jerusalem that he believes Hamas and Fatah are headed for true national reconciliation "in order to confront the plans of the Israeli occupation as one".

The PA recognises Israel, but that appears to remain out of the question for Hamas. Along with several countries and organisations, Israel considers Hamas a terrorist group and has said it will not deal with a Palestinian government that contains Hamas members. "If it is negative, nothing has changed and all this is a deception". 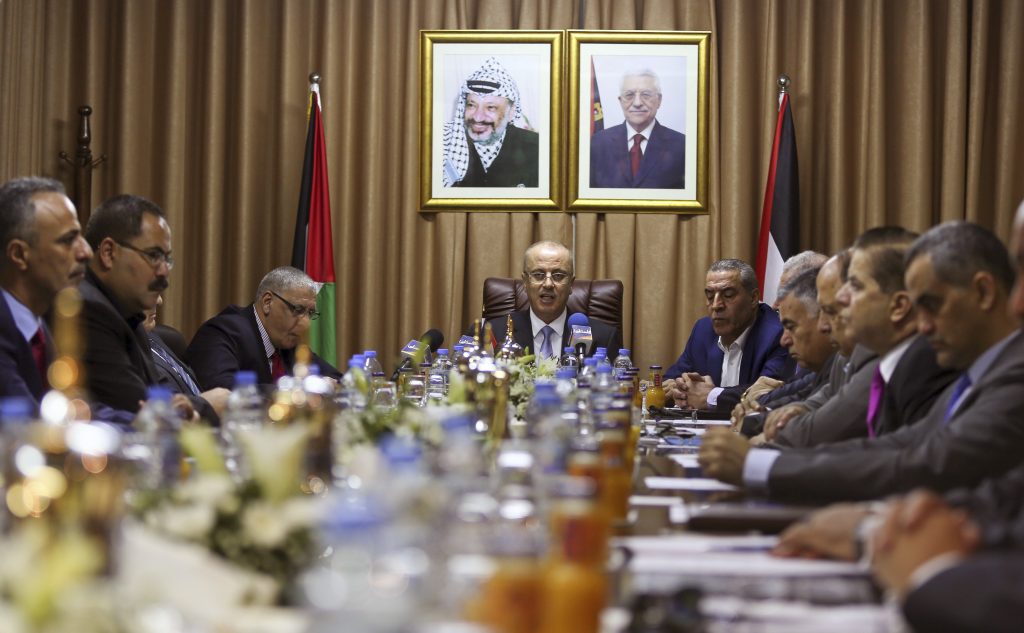 Marshawn Lynch arrives for game in 'Everybody vs. Trump' shirt