"Thor: Ragnarok" will be premiering in cinemas all over the world in a little over a month and Marvel Studios has finally released the film's final trailer.

The film is directed by Taika Waititi and it stars Chris Hemsworth, Tom Hiddleston, Cate Blanchett, Idris Elba, Jeff Goldblum, Tessa Thompson, Karl Urban, Mark Ruffalo and Anthony Hopkins. His devious brother, Loki, has taken over Asgard, the powerful Hela has emerged to steal the throne for herself and Thor is imprisoned on the other side of the universe. It is set for release on October 24th in the United Kingdom and November 3rd in the States. But first he must survive a deadly gladiatorial contest that pits him against his former ally and fellow Avenger-the Incredible Hulk.

Thor makes a very welcome return to our screens after he was absent during the events of Captain America: Civil War.

In 2015's Avengers: Age of Ultron, Thor had a vision of Thanos' thirst for the stones which focused on Heimdall without his vision, harkening back to when Asgard's sentry stated that his orange-colored eyes were able to see every soul in all the realms, which ScreenRant also believes to be Odin teaching him how to harness the power of the Soul Stone.

While it would be awesome if it was the Cancerverse Revengers, the latest promo tweeted out by the official Marvel Thor Twitter teases Chris Hemsworth offering up the name of Team Thor with The Revengers, in which Valkyrie doesn't seem to think too highly about! 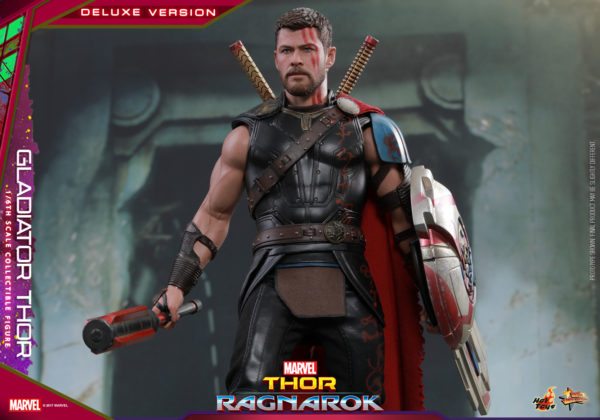 Nawaz Sharif to be indicted in NAB references today

Kim Kardashian tells Trump to 'step up' on Puerto Rico

Gerard Pique: This has been my worst experience

Negotiating with North Korea a waste of time