On Saturday morning, President Donald Trump reached "a new low" when he wrote tweets criticizing San Juan, Puerto Rico mayor Carmen Yulin Cruz and the "workers" of Puerto Rico at large for their devastation after Hurricane Maria. "We are not lazy", she said as a response to the president saying the mayor of San Juan and others are poor leaders and that "they want everything done for them".

In addition to all that, I think we can all agree that saying "nasty" things about Trump isn't exactly a grand conspiracy that needs to be masterminded by the likes of Chuck Schumer and Nancy Pelosi.

Cruz, who has appeared regularly on US cable news programs, was particularly pointed in rejecting a statement by acting Homeland Security secretary, Elaine Duke, who called the government's response "a good news story in terms of our ability to reach people and the limited number of deaths that have taken place". "This is a people are dying story".

But according to the president, Cruz need look no further than herself for the problems.

Republican Nydia Velazquez, a New York Democrat who was born in Puerto Rico, said last this week that she was "offended and insulted" by Trump's tweet.

More troops, medical supplies and vehicles were on the way to the island, the senior US general appointed to lead military relief operations told CNN on Friday.

Cruz, who is a member of the island's Popular Democratic party, said that federal aid was coming in too slowly, blasting what she called a "bureaucratic bottleneck".

Oregon QB Herbert suffers broken left collarbone
FOX Sports' Bruce Feldman reports that OR sophomore QB Justin Herbert (collarbone) is facing a recovery timetable of 4-6 weeks. OR hosts No. 16 Washington State, which is coming off a 30-27 victory over No. 5 USC on Friday night in Pullman on Saturday.

Mr Trump has said that Hurricane Maria "totally destroyed" the island and left it with "no electric, roads, phones etc". Will hopefully be able to stop at the U.S. Virgin Islands (people working hard).

"Results of recovery efforts will speak much louder than complaints by San Juan Mayor".

Lt. Gen. Jeffrey Buchanan, who was called on by the Pentagon to lead hurricane relief efforts on Thursday, has said that what is now being done for Puerto Rico isn't enough.

"The mayor is living on a cot", Honore said. "I am asking the President of the United States to make sure somebody is in charge that is up to the task of saving lives, Cruz added".

"I am donating my proceeds from this song to hurricane relief charities for Puerto Rico, Mexico and the other affected Caribbean islands". She added that "this is the time to show our 'true colors.' We can not be distracted by anything else". We may be small, but we are huge in dignity and zealous for life.

The media outlets who have interviewed Cruz were not spared from the president's criticism. 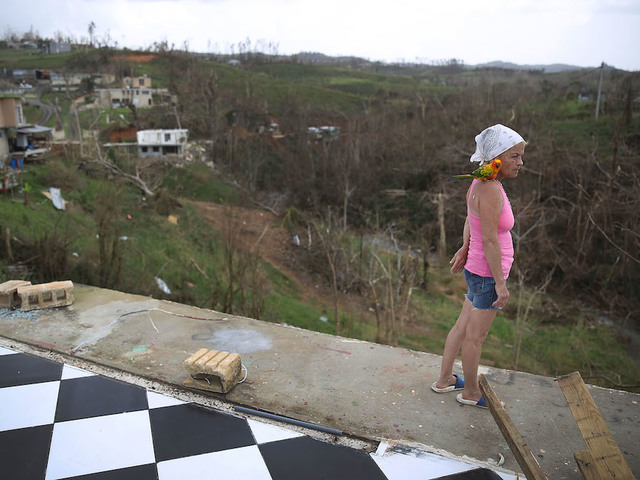 No need for Texans to panic despite 1-2 start

Warriors will not protest national anthem

Penn State stays at No