Björk Takes Us to 'The Gate' in New Single

Björk's latest song, like much of the Icelandic singer's work, is strangely seductive. And after hearing the chanteuse repeat the phrase "I care for you, care for you", it's easy to connect the dots. "Split into many parts / Splattered light beams into prisms that will reunite if you care for me".

The track was originally set to arrive on 18th September - next Monday - but instead has appeared today (15th September). Four song titles have been released for the album at this point in time: "Allow", "Loss", "Features Creatures" and "The Gate", and a music video for "The Gate" is expected shortly. "'The Gate" is essentially a love song, but I say "love' in a more transcendent way", she explained. While details about the record itself have been scarce otherwise, the name of the new effort has now been revealed.

"Released on what Björk has called "very limited" vinyl, the 12" precedes a new album, which remains shrouded in her very idiosyncratic brand of mystery. "It's about rediscovering love - but in a spiritual way, for lack of a better word." she quipped when asked about her creative work. 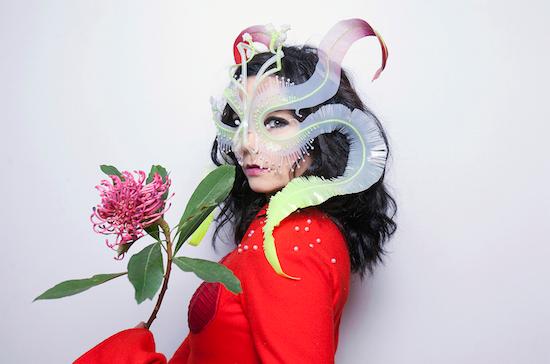