Five Union ministers, including Uma Bharti and Rajiv Pratap Rudy, have resigned from their posts ahead of the cabinet shuffle which is likely to take place on Saturday.

The ministers who have so far resigned include Rajiv Pratap Rudy, minister of state for skill development, Mahendra Lal Pandey, HRD minister of state, and Sanjiv Baliyan, MoS for water resources, river development and Ganga rejuvenation. With PM Narendra Modi set to leave for China for BRICS summit on September 3 and return only on September 7 when the inauspicious "Pitru Paksh" would have got underway, it is widely expected that the cabinet rejig would happen before he departs.

In a late night development, Rudy met Prime Minister Narendra Modi and handed over his resignation.

Several other resignations like those of Water Resources Minister Uma Bharti are in the pipeline.

According to sources it will be a mega change in the union cabinet.

Finance and corporate affairs minister Arun Jaitley was given the additional charge of defence, while Smriti Irani got the additional portfolio of information and broadcasting. Deputy Speaker Thambidurai and Rajya Sabha MP V Maitreyan are likely to be inducted into the cabinet from AIADMK. Suresh Prabhu could be on his way out of the railways, with Nitin Gadkari taking over along with roads and aviation.

"Decision of the party is the best decision", he said. He said on Thursday that he will not be occupying the Defence Minister post for long, hinting at the imminent reshuffle.

Currently, there are three vacancies in the Council of Ministers arising out of the exit of Manohar Parrikar and M Venkaiah Naidu from the Government and the passing away of Environment Minister Anil Madhav Dave. Sources also said the Union Agriculture Minister and Union Civil Aviation Minister Ashok Gajapathi Raju may be shifted to different portfolios. 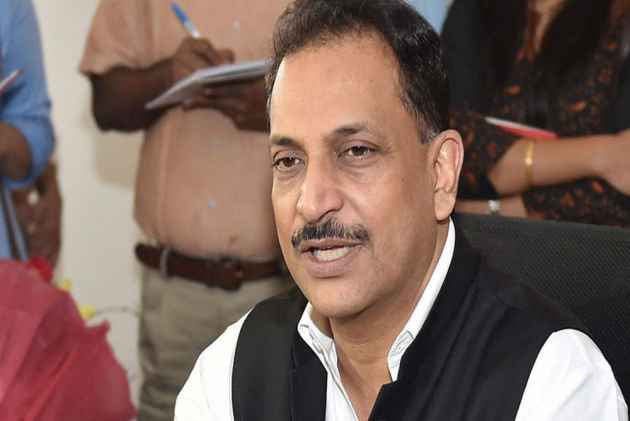 Hy-Vee, customers partner to raise $100000 for victims of Hurricane Harvey

Inconsistent Roger Federer survives another five-set match at US Open

Cut by Bills on Sunday

Maine Red Cross Volunteers Make Their Way Down to Texas

Missile over Japan is just the start, North Korea warns