Malaysia's Tan Ing Yueh was named the initial victor with 13.1 points over the Indonesian on 13.025 points.

Beram erased the specter of fellow Fil-Am Eric Cray's shattering loss in the 100m dash Tuesday by ruling the 200m in a new Philippine record while Toledo proved to be Games' ironman by winning the decathlon, giving the Philippines its 10th gold that went with 15 silver and 19 bronze medals to remain at sixth.

With more medals to be decided tonight including in swimming, athletics and karate, Malaysia remains at the top with 46 gold, 35 silver and 26 bronze.

Vietnam and Thailand, who are both on 10 points after four matches, face each other at Selayang Stadium, while Indonesia have a relatively easy finale against Cambodia.

Until Beram and Toledo came through with late gold feats.

Grace Wong, a form four student, stole the show with a thundering first throw and a SEA Games record of 59.24m in the hammer throw to upset previous champion Mingkammon Koomphon of Thailand who set the previous record of 56.57m two years ago.

Despite that, the home fans expected a Malaysian win and despite their team not playing as fluently as they did in the 3-1 win over Myanmar on Monday, there were enough signs to indicate the three points would be theirs.

With 20 golds at stake, pencak silat is a crucial medal prospect for Malaysia and the homesters are expected to deliver having emerged overall champions in the Southeast Asian Silat Championships in March this year.

The Thai men take on Malaysia in the sepak takraw final.

In first time sport cricket, Malaysia finished unbeaten in the men's 50 Overs to claim the gold.

Phicha Au-Tra made it 2-0 in the 52nd minute while Chenrop Samphaodi ensured all three points with a 68th minute strike. 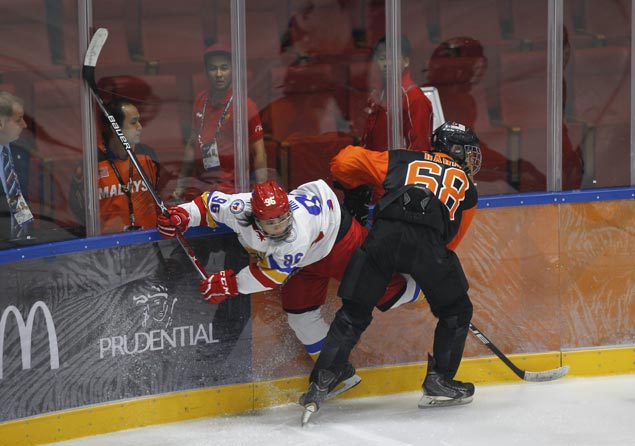