The Trump administration will push ahead with disbanding a federal advisory panel that reported on climate change, The Washington Post reported Sunday.

The National Oceanic and Atmospheric Administration established the committee in 2015 to help businesses and state and local governments make use of the next national climate assessment.

The draft report - which was leaked - estimates that human impact is responsible for a increase in global temperatures of 1.1 to 1.3 degrees Fahrenheit from 1951 to 2010. The 15-member Advisory Committee for the Sustained National Climate Assessment included academics, corporate representatives, and local officials who were tasked with helping public and private-sector officials understand the findings of the National Climate Assessment so that the information could factor into their long-term planning.

President Trump also announced earlier this year that he will pull the US out of the 2015 Paris Climate Accord, which aimed to internationally limit greenhouse gas emissions in order to mitigate some of the worst effects of global warming.

"We're going to be running huge risks here and possibly end up hurting the next generation's economic prospects", Mr Moss said, referring to infrastructure projects that might rely on the analysis. Seattle mayor Ed Murray told the Post that the move represented "an example of the president not leading, and the president stepping away from reality", adding that when it comes to climate change, Trump "has left us all individually to figure it out".

The final 2018 National Climate Assessment requires sign-off from 13 federal agencies, most of which are now headed by Trump-appointed climate skeptics, as well as the White House. Just last week, Trump signed an executive order reversing an Obama-era requirement that government agencies take into account sea-level rise when building federal infrastructure. Moss said members of the group intend to keep working on their report, which is due out next spring, even though it now will lack the official imprimatur of the federal government. 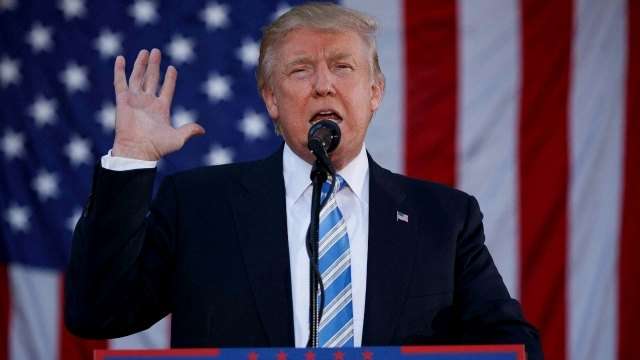