The changes are expected to see the window close the week before the new season. "There is still a fear that a shorter transfer window could put the top clubs at a competitive disadvantage compared with their rivals in Europe if clubs such as Barcelona and Paris Saint-Germain have a longer period to bring in players".

This season there will have been three games before the window is closed on August 31, giving clubs a final chance to assess their squads in action and then make necessary changes.

"That's why if the window is shut before the season starts everything is sorted out and we can get on with the football".

"We purchased the match ball last year from the family who sponsored the famous ball 25 years ago and it has been in the Legends of the Lane museum in the Redooth cabinet ever since", Green said. And back in 2015, Arsène Wenger said: "Does it bother me the window is still open?"

While the move makes sense from one perspective, it could have potentially disastrous ramifications in regards to how it would affect transfers heading outbound.

Mourinho is also in the market for a wide player and United have been strongly linked with a move for Inter Milan's Croatian winger Ivan Perisic.

It can be tawdry at times and accompanied by the non-stop cacophony of 24/7 television and radio coverage, the close season can test the loyalty of even the most fanatical. Any attempt to implement this change across Europe would be a logistical impossibility, given the different times at which seasons begin. It would only protect us in that no other Premier League clubs can take your players.

The inflated fees for late purchases would still be there too, it's just that they'd be paid in the middle of August and not at the end of the month.

But do we really want that? A technically excellent midfield player, the 22-year old has the potential to form a quietly impressive partnership with England Under 21's teammate Nathaniel Chalobah at club level, and in Marco Silva, is playing under a manager who will encourage him to express himself.

"On this basis we will be tabling the matter for discussion with clubs in September". Perhaps removing transfer windows altogether would ultimately be beneficial. (Otherwise) it would put the clubs in an even worse situation that you would still lose players if the clubs from overseas wanted them and you wouldn't be able to replace them. 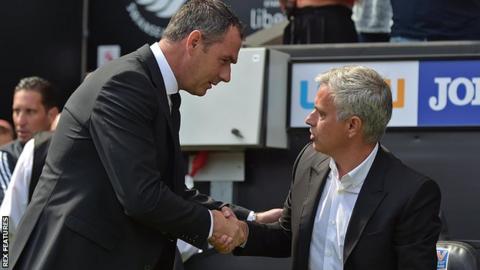 One feared killed as IPOB clashes with army, police