Photographs show smoke billowing into the sky as flames rage on during the early hours of this morning.

Black smoke can be seen billowing over Glasgow's Blochairn Fruit Market after the blaze started at around 3.44am.

"Firefighters are now tackling a large fire within a warehouse on Blochairn Road in Glasgow". Up to 90 percent of the building is thought to have caught fire.

A spokesman said: "The Scottish Fire and Rescue Service crews are using high powered hoses to tackle and contain the flames".

'Twelve appliances and four aerial appliances were mobilised after the alarm was raised at 3.44am on Thursday'.

According to Glasgow Live, two loud explosions were heard from more than a mile away from the market shortly after 5am. Around 400 workers at the site have been evacuated and there were no reports of any injuries.

A large plume of smoke from the building led to speed restrictions put in place for drivers on the nearby M8 motorway, although this was later lifted.

Roads have also been closed due to the fire, with diversions in place.

"No persons have been injured at this time, however they (fire crews) are really struggling to get on top of it".

Hundreds of traders work at the market, supplying fresh fruit, vegetables and fish to shops and restaurants in the west of the country. 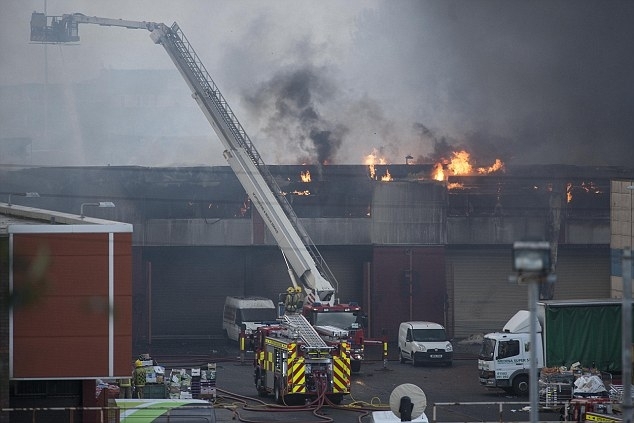