Officers from La Crescent, Minn. exchanged gunfire with two men during a high-speed pursuit that ended early Monday when the suspects were arrested after crashing their vehicle in a farm field in Houston County early Monday.

When the two men left the station, the officers followed, then pulled over the vehicle at the intersection of Highways 16 and 26 near Hokah.

According to a recording of squad auto radio posted on the website mnpoliceclips.com, the suspects drove at speeds of up to 100 miles per hour while shooting at the pursuing officers on Hwy. 44. They were pursued by the officers until they crashed into a bean field near Caledonia, MN.

One of the two was taken to Gundersen Lutheran Medical Center in La Crosse, Wisconsin with non-life threatening injuries.

Both have been taken in to custody on probable cause attempted murder.

Both officers were unharmed and are now on standard administrative leave.

Squad cameras did capture video of the shooting.

La Crescent police officers do not use body cameras, although the department is in the early planning stages to add them.

A portion of Highway 44 between Hokah and Caledonia was closed for almost twelve hours as investigators gathered evidence.

The incident is still under investigation.

Highway 44 is closed at Hokah and County Road 20 and it is expected to stay closed for most of the day while the BCA processes the area.

Highway 44 between Caledonia and Hokah is closed this morning for an accident investigation according to the Minnesota Department of Transportation.

The Houston County Sheriff's Office, Caledonia Police Department and Minnesota State Patrol responded and are providing assistance at the scene. 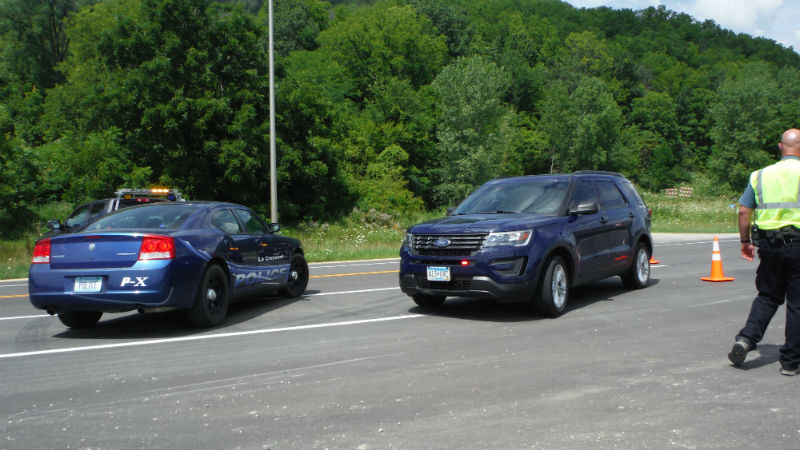