Search continues for young woman who fell over Wallace Falls

Rescue teams are searching for an 18-year-old woman who fell into falls in Washington state and never resurfaced.

Authorities said the woman and her friends were hiking at the top of the 955-foot waterfall when they made a decision to climb over the observation deck fence and out onto an island.

They were at the top of the 955-foot waterfall when it happened.

Crews were called to the popular 5.6-mile trail near Gold Bar Wednesday afternoon to try and locate her, but had to suspend the search when night fell.

They later found the woman's shoes and a broken selfie stick she was carrying with her.

"... Darkness has fallen and the vertical, slippery terrain is too risky to continue", Gold Bar Fire officials tweeted.

The woman was from Las Vegas, but was attending a local community college in the Seattle area, the sheriff's office said. 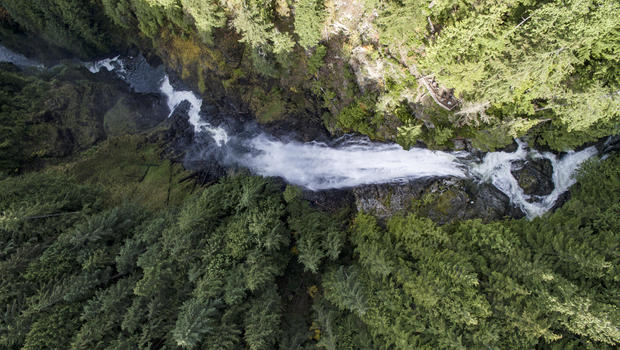