The matter was mentioned before the court on Friday for urgent hearing and will be heard on Monday by a Division Bench of Justices F.M. Reis and Nutan Sardessai.

The secretary of ministry of civil aviation, chief secretary of Goa, director general of police, the airport director and the deputy commandant of Central Industrial Security Force (CISF) at the Airport have been made parties in this petition.

Adv Rodrigues in his petition has also submitted that the law enforcement authorities ought to have registered an FIR against the organisers of that illegal public meeting against Amit Shah and all the other dignitaries present. It says the meeting is "in total violation of law".

The petitioner Rodrigues had filed a complaint against the meeting with the Union civil aviation ministry, Goa chief secretary and the state's police chief, terming the meeting as illegal.

Adv. Rodrigues has stated that as the authorities were acting as caged parrots and taking no action, he was constrained to seek the intervention of the High Court.

The BJP had initially clarified the stand said; the party received the necessary permission for the meeting, which took place "not inside the facility as claimed". 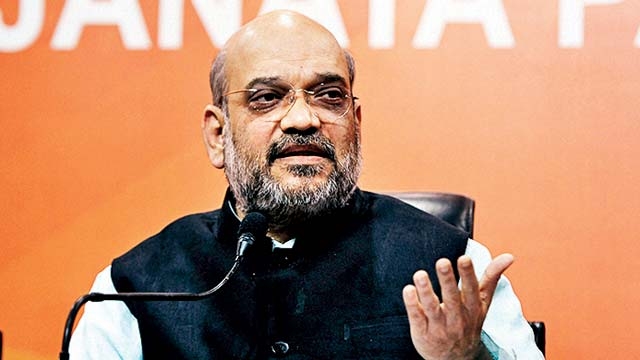