And while the actor waits for an offer to play the ionic big screen spy Hunnam recently admitted he would love to star in TV series "Game Of Thrones" despite previously turning down a role to star in the HBO show.

Ritchie and the pop superstar were married between 2000 and 2008 and Hunnam has said he would recruit her for his own group of medieval noblemen.

Costing $175 million to make and tens of millions more to market, "King Arthur: Legend of the Sword" movie is shaping-up as a king-size flop, but the main question is whether or not "King Arthur" is worth the cost of a movie ticket.

While promoting Arthur with The Sun, Hunnam revealed that due to a scheduling conflict he missed his chance to have a cameo in the series.

"I would love to do a Game of Thrones cameo, they offered me a cameo on that show a little while ago but I was shooting something else so I wasn't able to do it but maybe in the future, who knows", Hunnam said.

Speaking about working with the acclaimed director, he said: "It was quite a steep learning curve for me because Guy is absolutely sensational at working in real time but he is equally bad at doing any sort of preparation".

"What was wonderful about it was it pushed me to be fluid and be really immediate in the process and ultimately the one mandate he gave me early on is 'we have to have fun".

I haven't seen King Arthur, but if there's not a scene with a peasant talking down to the King and Hunnam responding with, "Who the fuck is this guy?" then I'll consider the entire movie a disappointment.

He explained: "It's wildly original, it is a Guy Ritchie film through and through so it has all of the originality and fun and cheekiness that you would expect and the spectacle that has come requisite of a film of this scope". 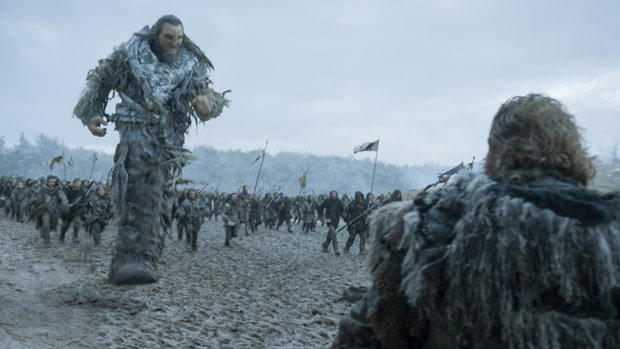 Claims IndyRef2 may be halted by Tory boost 'ludicrous'